[Perfect for those who are interested in craftsmanship and learning from artisans experienced in the field of pottery.]
“Hasamiyaki has been used in people’s daily lives and it has a history of 400 years. The history is exciting and its beauty of everyday things is admired by creators from foreign countries.
– In the Edo era (1600s-1800s), people in Hasami made efforts to mass produce cheap and functional pottery. After that, pottery was used as ‘Kurawanka-wan’, which is simple and reasonably priced for ordinary people though pottery was previously an expensive thing. Hasamiyaki was one of the bestselling products during the Edo era in Japan.
– You will experience casting, that is the fundamental step of making Hasamiyaki, after learning the history of Hasamiyaki and the system of making pottery in Hasami.
– The work by the artisan is surprising as if making a plastic model.
– You will try painting after slip casting, then get your own pottery delivered to you after the tour. 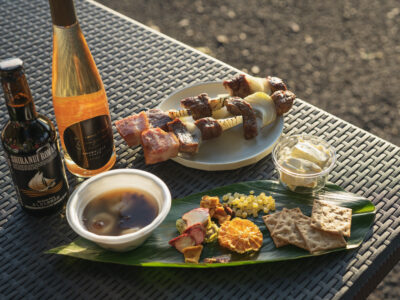 Guided walking tour on the popular footpath course
The footpath course in Ashikita-machi, Kumamoto won the first prize in the national contest organise

Kakigoya
“Oyster huts in the Itojima area are opening one after another from mid-October to November. M 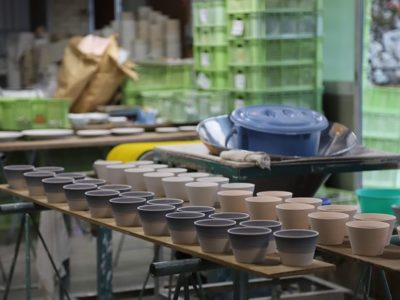 Hasami Ware 2-Day Tour with Special Guide ~ ‘400 years history’ and ‘Modern daily use pottery’ ~
[Perfect for those who are interested in craftsmanship and potteries, and shopping it.] “Hasam