“Takatori Yaki Amusement” with a history of 400 years of opening. Takatori Yaki, which prospered as a serving pot for Kuroda Pass, began in 1606 when Kuroda Yosui and Nagamasa and his parents brought potters named Yazan back home when they dispatched Korean soldiers.
The distinctive feature of Takatori Yaki is that the style differs depending on the age. The early style is said to be Kodakatori, and under the guidance of the tea ceremony “Kohori Enshu” of Kyoto during the age of the second generation lord. Having received the introduction of Kobori Enshu, it has been transformed into a grilled dish that adds the grace of “wabi, rust” to the simplicity of beautiful rust. As a feature, being thin, using a seven-colored glaze. Since Ajuraku exhibits and sells the works of the 15th “Kamui Amugaku” and the work of his eldest son Hisaaki, let’s look at the characteristics of Takatori Yaki for hands.

Use the Takatori-yaki utensils in the tea room, and while having the seasonal sweets, shake the tea pot by yourself and light the tea.
Story about Takatori Yaki → Tea ceremony experience → Commemorative photo

Access
[Public Transport] 8 minutes on foot from the subway airport line "Fujisaki" station, get off at "Takatori" bus stop if using Nishitetsu bus from Hakata and Tenjin areas

Reservation acceptability
You need to make a reservation 7 days in advance.

Temple Stay at Fudousan Seiryuji
Stay in Seiryuji and learn about Buddhism – Experience a day of a monk, morning routine, clean 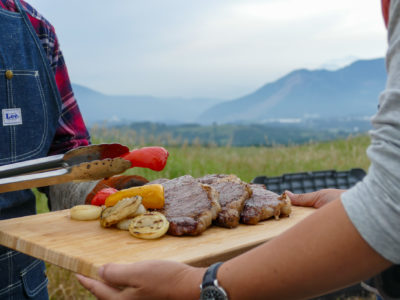